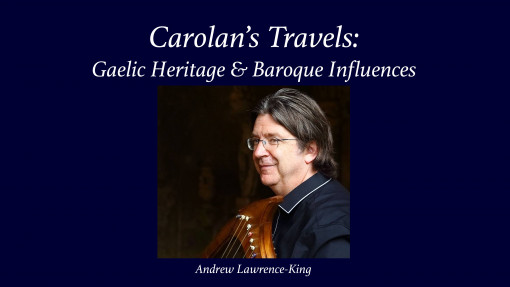 Carolan ‘brought something new to his country’s music’, wrote Donal O’Sullivan in his pioneering (1958) edition of the Irish harper’s compositions, ‘… a sunbeam captured from the perennial sunshine of Italy.’

Join Andrew Lawrence-King & ‘Signor Carrollini’ on a musical ramble across Ireland, travelling from Jonathan Swift’s Dublin back to 17th-century Scotland, via Purcell’s London to the Sun-King’s palace in Versailles, and onwards to Vivaldi’s baroque Venice, in search of the original inspiration for Carolan’s Concerto and traces of French noblesse in his Irish Minuets & Jigs.