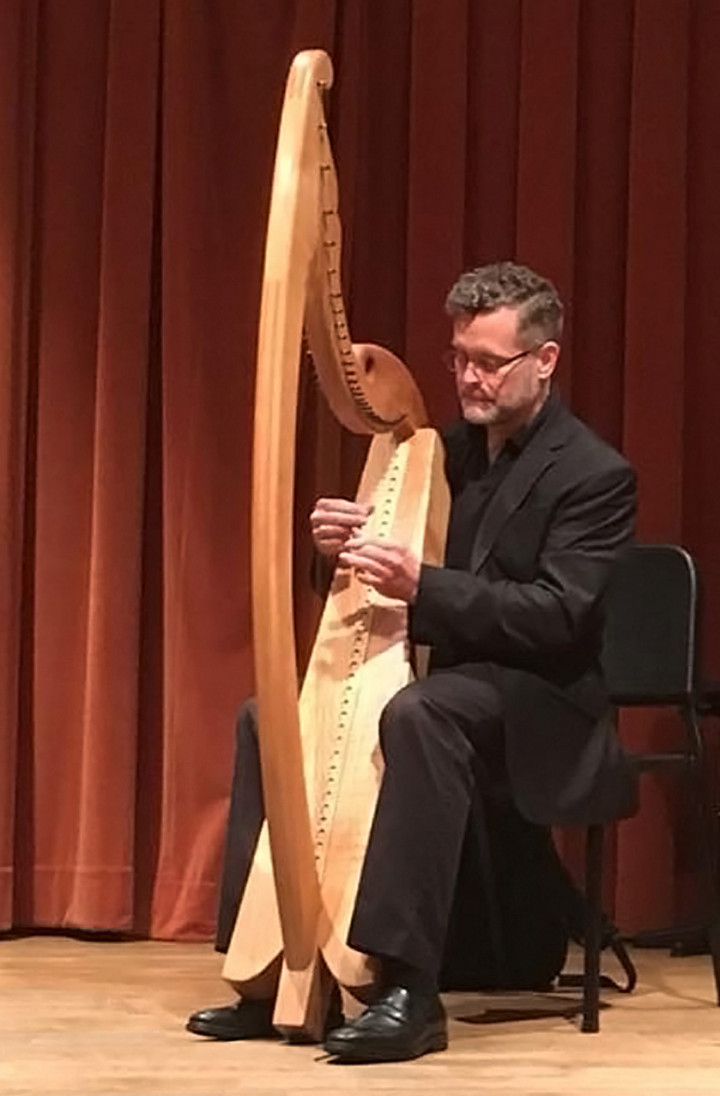 The Next Step: for beginning / intermediate players – posture, exercises for finger strength, speed and rhythm, tips on how to tune the harp!

Singing in Scottish Gaelic: working with the sounds and rhythms of the language, practicing with texts from historic Gaelic songs and applying these to their tunes. Including Songs of Mary MacLeod: Fuaigheall, Cumha Iain Garbh; Medieval songs: A Mhairead Òg, King Orfeo (Child Ballad in Scots & Norn), Medieval Fenian Lays: Laoidh Fhraoich in forms collected by both Tolmie & Matheson. Songs of Sileas na Ceapaich inc. Alasdair a Gleanna Garadh.

Singing in Scottish Gaelic at the Harp: Sources, transcribing, using rhythms of the language to help arrange for the harp, techniques to help integrate self-accompaniment with the clarsach.  Repertoire as above.