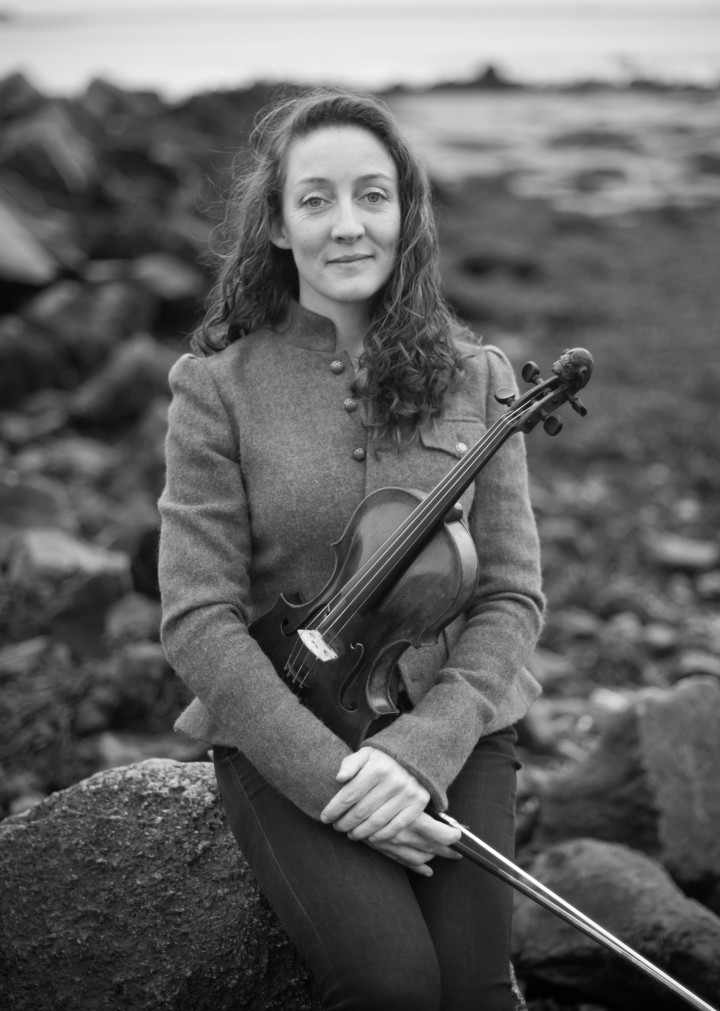 Deirdre Ní Chonghaile is a writer, musician, broadcaster, and curator from the Aran Islands. Working bilingually across multiple disciplines, she is drawn to voices, contemporary and historical, especially those that have been marginalized, and to what they have to say or sing. She read Music at St. Hilda’s College, Oxford, worked at the University of Notre Dame and the Library of Congress, and currently teaches at NUI Galway. Her 2021 book, Collecting Music in the Aran Islands: A Century of History and Practice, published by the University of Wisconsin Press, has been described as “one of the most important and fascinating books about Irish traditional music in recent memory.” She is preparing an anthology of over fifty traditional songs composed in the Aran Islands from the nineteenth century to the present day. 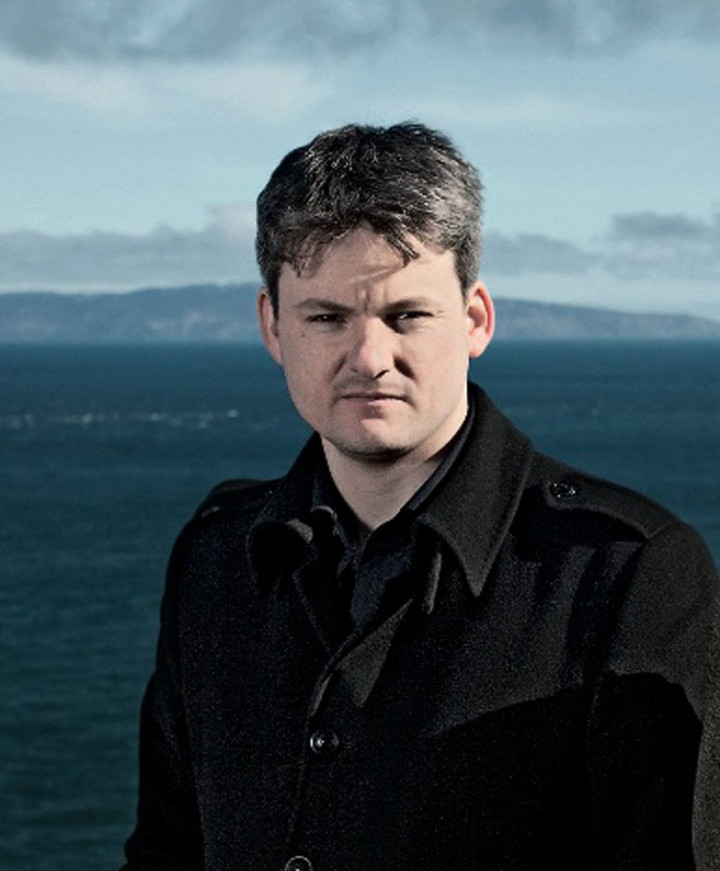 Doimnic Mac Giolla Bhríde is a singer, composer, choir director, educator, and researcher of sean-nós singing, and an accomplished multi-instrumentalist (uillean pipes, accordion, piano and harmonium). A native Irish speaker from the Donegal gaeltacht, he has performed at festivals and venues across Ireland and the UK, and internationally, including nine tours of the USA, representing Ireland at the European Capital of Culture in the Netherlands (2018). Doimnic won the prestigious Corn Uí Riada competition in 2009, and has released five CDs including Sona do Cheird, melodic compositions to ancient Gaelic poetry (NÓS Album of The Year, 2016). Dedicated to developing Gaelic language and song he has also produced two children’s songbooks: Ící Pící (2010) and Polcaphonc (2019), part-funded by the Arts Council, and endorsed by Department of the Gaeltacht for children’s language learning. Doimnic has a BMus Honours (First Class), from DIT, an MA from UL, and is a sought-after educator: he has given masterclasses at universities in the USA, the UK and Ireland, teaches at summer schools in Ireland, and also weekly in Donegal, Belfast, Tyrone and Tokyo! 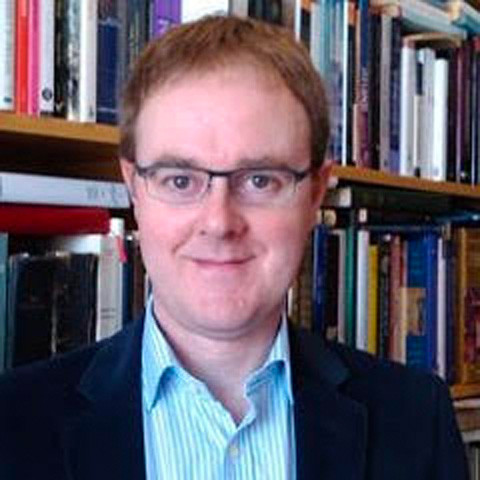 Frank Lawrence is assistant professor of Early Music History at UCD School of Music. He was educated at Maynooth, Rome, Limerick and UCD and his doctoral dissertation is a study of the oldest extant complete notated musical sources from Ireland, a mid-twelfth-century Gradual from Lismore. His research focuses on medieval liturgical chant with a strong emphasis on manuscript sources from Ireland, Britain and northern France. He is interested in the transmission of repertory through these regions and the way medieval manuscripts and medieval music can illuminate many aspects of cultural and social identity. At UCD he teaches courses in medieval music and music pre-1750, as well as courses in music theory, music in Ireland and research methods. He is currently working on a monograph on music and liturgy in twelfth-century Ireland, as well as an edition of music for St Malachy of Armagh, composed at the Cistercian abbey of Clairvaux in the 1160s. His chapter on chant and liturgy in Ireland, 1100-1550 will appear in the forthcoming Oxford Handbook of Irish Song, 1100-1850. 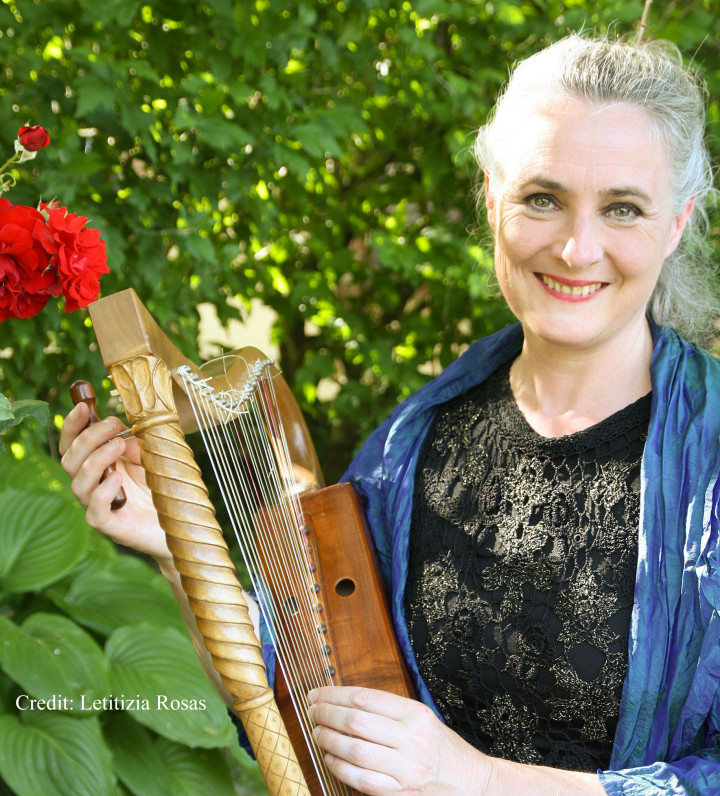 Harpist Maria Cleary has been described as ‘a true virtuoso’, a ‘brilliant player’ and ‘a pioneer of period harp practice’. A native of Ireland, Maria grew up surrounded with Irish music as well as receiving European art-music training in piano, recorder, harp and singing. She studied harp at the College of Music Dublin, and later began a degree in Psychology at Trinity College Dublin. She studied harp at the Koninklijk Conservatoriums in The Hague and Brussels, and in 2016 she was awarded a PhD from The Academy of Creative and Performing Arts (ACPA), Leiden University. Specialising in historical harps, she performs on single-row, medieval harps, Italian (arpa doppia), Spanish (arpa de dos ordenes), German (Davidsharffe) and Welsh baroque chromatic harps, and the 18th-century harpe organisée. 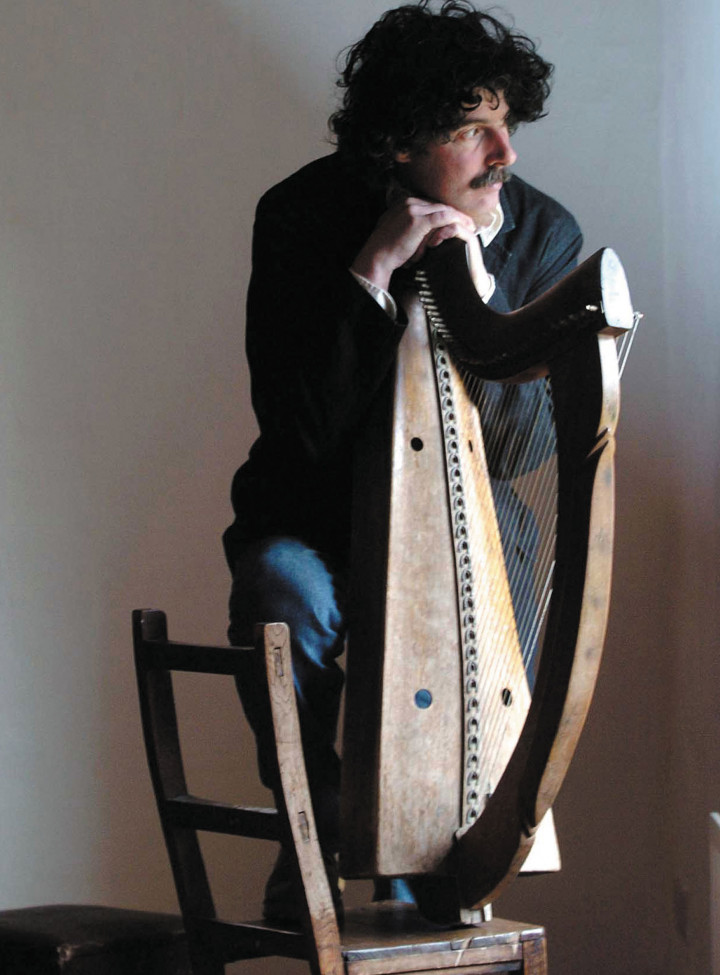 Paul Dooley is one of the leading exponents of the Irish harp in its historical form and style. He has studied the construction of medieval Irish harps in Dublin during the early 1980s and has built several harps. He began his performing career on the harp in 1986 and has since appeared on numerous CD recordings and television programmes. His repertoire consists mostly of traditional Irish dance music, which for the most part has been learned from players of other traditional instruments – flute, fiddle, pipes. Paul has also spent the past two decades working on the Robert ap Huw manuscript, the oldest collection of harp music in existence. In the more recent past he has resumed harp making, building a variety of small harps, reproductions of the surviving medieval harps and researching string-making techniques. Paul earned his PhD in musicology at the University of Limerick, researching harp tuning practice in medieval Ireland and Wales.