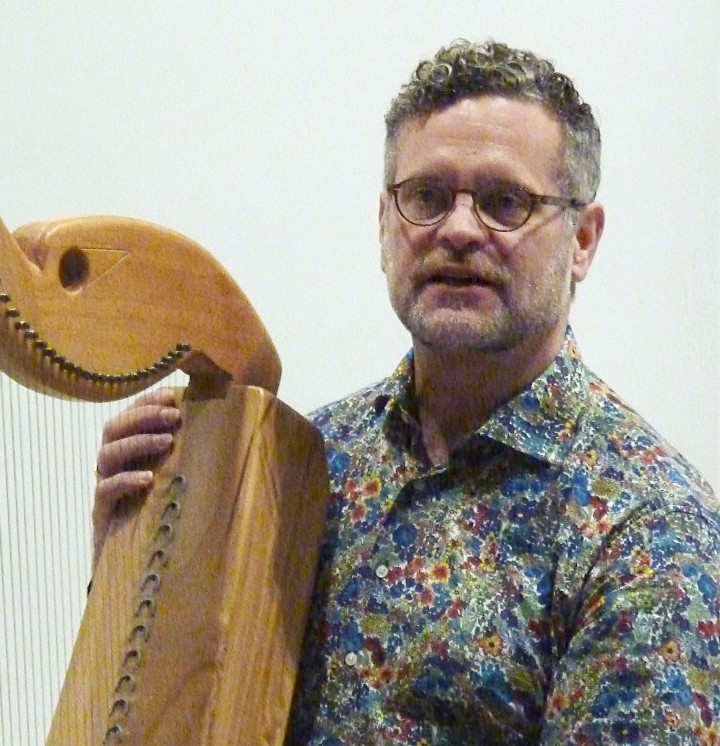 James is an award-winning singer, and harpist, from the USA, who researches and performs early Gaelic song and harp repertoires. A fluent Scottish-Gaelic speaker, James has studied early Gaelic song with noted Scottish singers, Kenna Campbell and Mary Ann Kennedy, among others. As a tenor, James has degrees in voice performance from the University of Southern California and Boston University, his professional vocal experience ranging from medieval liturgical drama to French baroque haute-contre repertoire, bel canto opera and more. James is a professional performer on the early Gaelic harp; his teachers include Ann Heymann, Siobhán Armstrong, Bill Taylor and Javier Sáinz. He has served on the music faculties of Amherst College, Smith College, MIT, the University of Connecticut, and Longy School of Music. He has taught at Vassar College since 2009, also teaching both voice and harp privately. His solo CD, The Gaels' Honour: Early Music for Harp and Voice from Gaelic Scotland and Ireland, was released in December 2018. 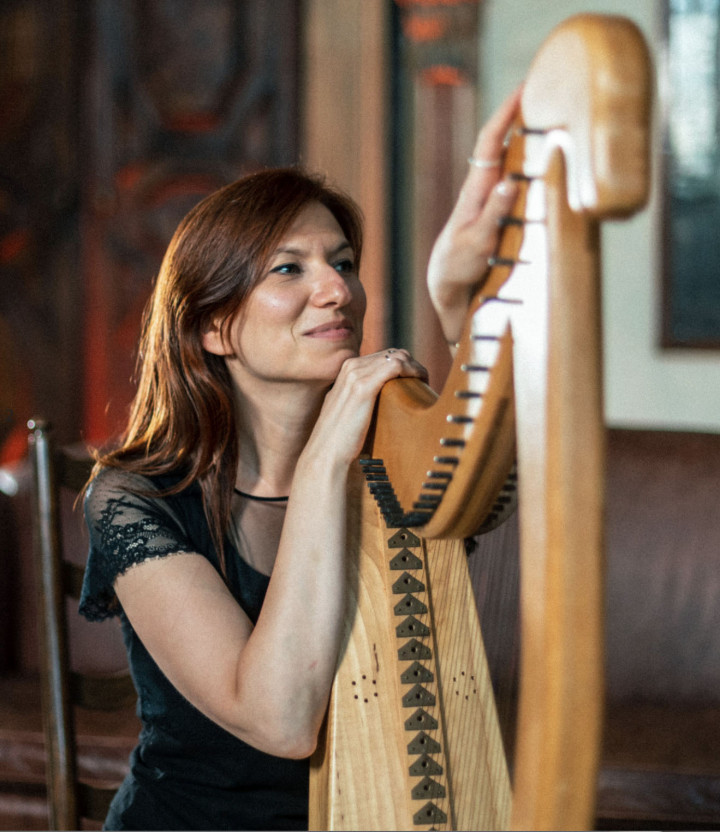 Alessia graduated in classical harp at the Arrigo Pedrollo Conservatory of Vicenza, in Music Therapy at the G. Ferrari school of specialization in Padua and in Celtic Harp at the Agostino Steffani Conservatory of Castelfranco Veneto. She has also studied Humanistic Music Therapy at the Italian Federation of Music Therapists. Alessia has been teaching classical and Celtic harp since 2006 in private institutes and state schools. She directed a private music school and founded an ‘Atelier of the body and mind’ where she led meetings and music therapy projects aimed at children. In recent years Alessia has also specialized in the historical Gaelic harps of Ireland and Scotland, and the 18th-century Irish harp repertory preserved in the manuscripts of Edward Bunting. She plays a copy of the 'Downhill' harp, an early 18th-century Irish instrument. 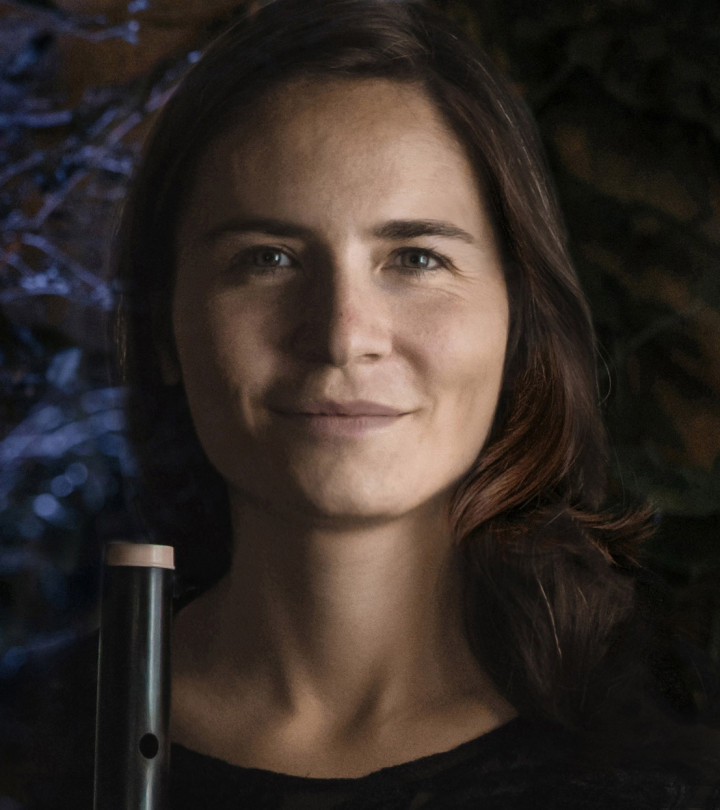 Anne Freitag is one of the most versatile flautists of her generation. With a wide repertoire, from 12th-21st century, she is first flautist with groups such as Chamber Orchestra Basel, Lautten Compagney Berlin, Hathor Consort, and with her own group, Thrésor Musical, as well as a soloist with orchestras, including Arte dei Suonatori, Württemberg Chamber Orchestra, and Batzdorfer Hofkapelle. She has won several international competitions, amongst others the prestigious Musica Antiqua Brugge. She studied historical flutes & improvisation at Schola Cantorum Basiliensis in Switzerland, recorder & medieval music with Pedro Memelsdorff, and graduated from a professional Feldenkrais training programme with Beatriz Walterspiel and Angelica Feldmann. Since 2014 she has been teaching historical flutes, Renaissance consort and chamber music at the University of Music and Theatre Leipzig, and has given workshops at the Festival de Musique Improvisée Lausanne, the Leipzig Improvisation Festival and others. 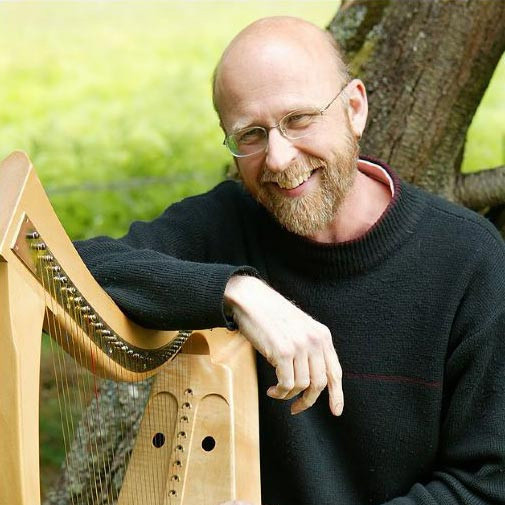 Bill is a teacher-in-residence with Ardival Harps, Strathpeffer, in the Highlands of Scotland.  For many years he has taught at the Edinburgh International Harp Festival in the UK, and at the Amherst Early Music Festival in the US, and he is often invited to lead workshops, and to perform, in the British Isles, Europe and the United States. His teaching covers a wide range of subjects: arranging for small harps, using fingernail technique to play wire-strung harps, psalteries and bray harps, and exploring music from medieval, Renaissance and traditional sources. Over the past three years he has taught a series of courses on playing music in the historical Welsh harp manuscript of Robert ap Huw, and he is currently constructing a website to serve as a performing guide for playing that music’s tablature. He has made over thirty recordings as a soloist, and with several different ensembles. 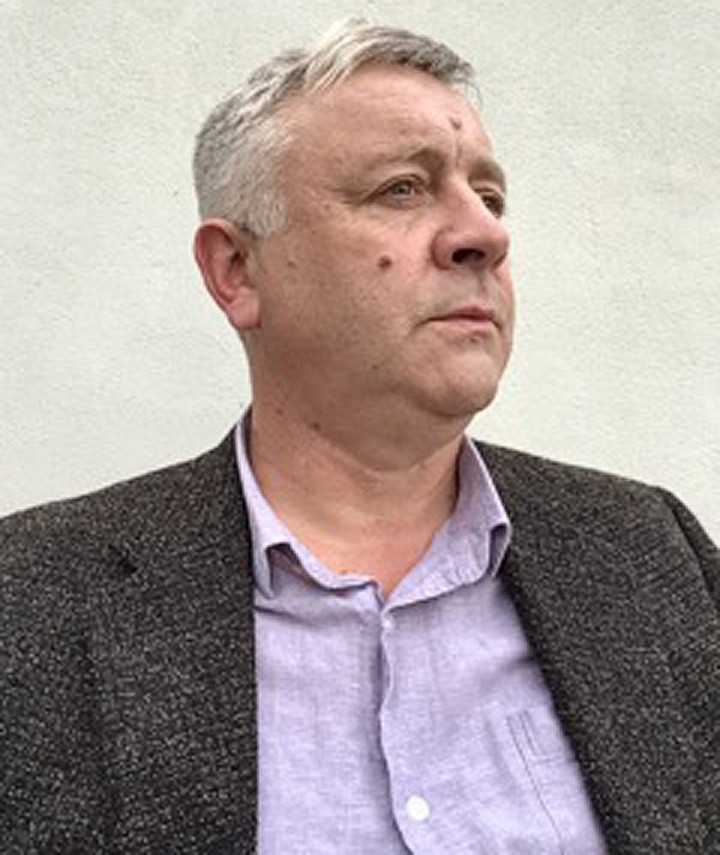 Cárthach Mac Craith comes from An Rinn gaeltacht in co. Waterford, and is immersed in the language, tradition, culture, music, songs and singing of his native area. He learned songs from his grandmother, and later from the many other great sean-nós singers in his locality, and from the vast collection his late father, Nioclás, gathered. Cárthach was the original singer with Danú, and is a founder member of Cór Fear na nDéise, an all-male choir from the Waterford gaeltacht. His singing can be heard on many CDs including Danú, Blas (commemorating twenty years of RTE’s Radio na Gaeltachta) and Cois Mara Thoir sa Rinn. Cárthach released his first solo recording, An Tobar Séimh, in 2019, which won ‘Trad. Album of the Year’ at that year’s Gradaim Nós awards.